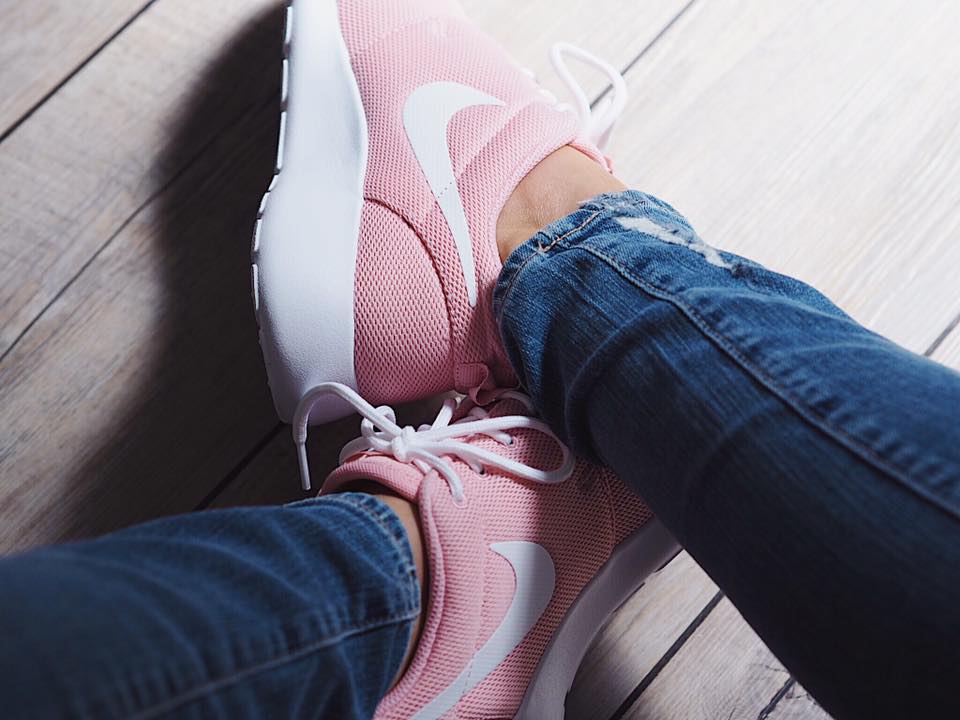 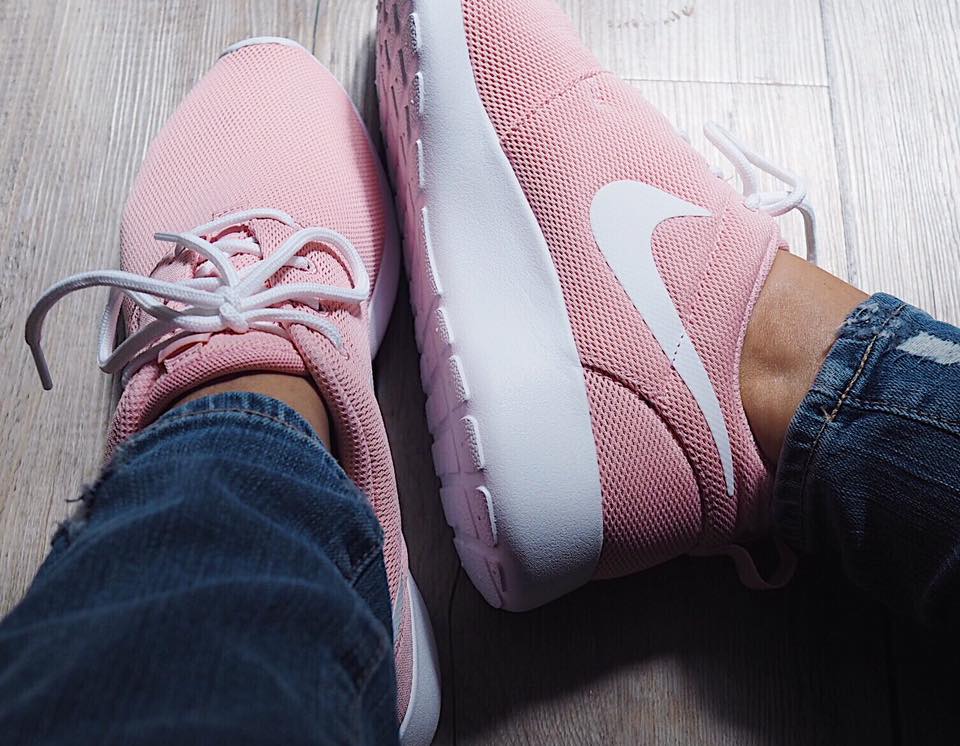 A few years ago I didn’t own a single pair of trainers. They weren’t for me. Nope, no way was I wearing a pair of trainers. I have no idea why. Anyone else wearing them, that’s fine. Maybe I felt to casual in them, I really don’t know. I just didn’t like them on me.Eventually I realised I was an idiot and admitted defeat when I needed a pair for exercise purposes (hahaha). The hunt began and what followed was a process of trying on tons of brands and styles, all of which I hated. What felt like my last resort and a brand I hadn’t yet tried, Nike. I saw that some of their styles are slimmer in appearance and the material soft and decided to give a pair a go. I cannot stand clunky trainers, probably because my feet aren’t exactly small but not wide in any way. My heels are slim and my foot slender, so most harder trainers are ill fitting on me. 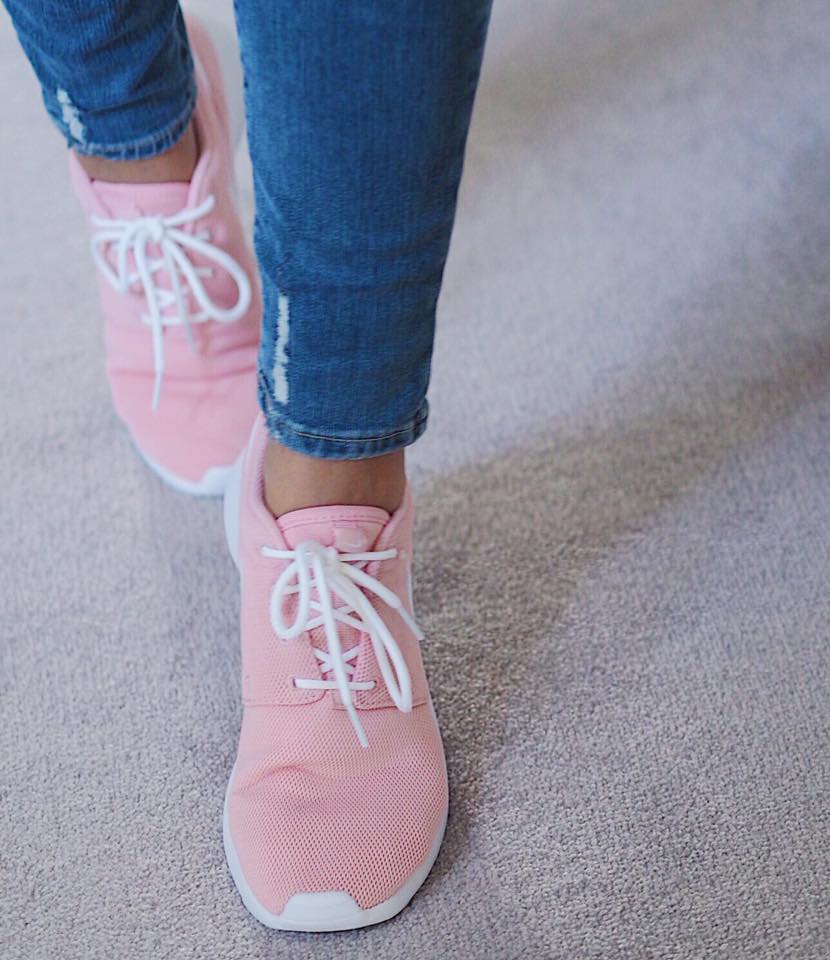 I came across the Roshe Run style and found a winner! Originally purchasing them in Black, they fitted exactly how I’d hoped and not long after I discovered the Juvenate style too. They are pretty similar in fit and appearance. Not long after I found myself with a little collection of trainers, although I’m stuck in my ways and will only buy Nike, but it’s a start! 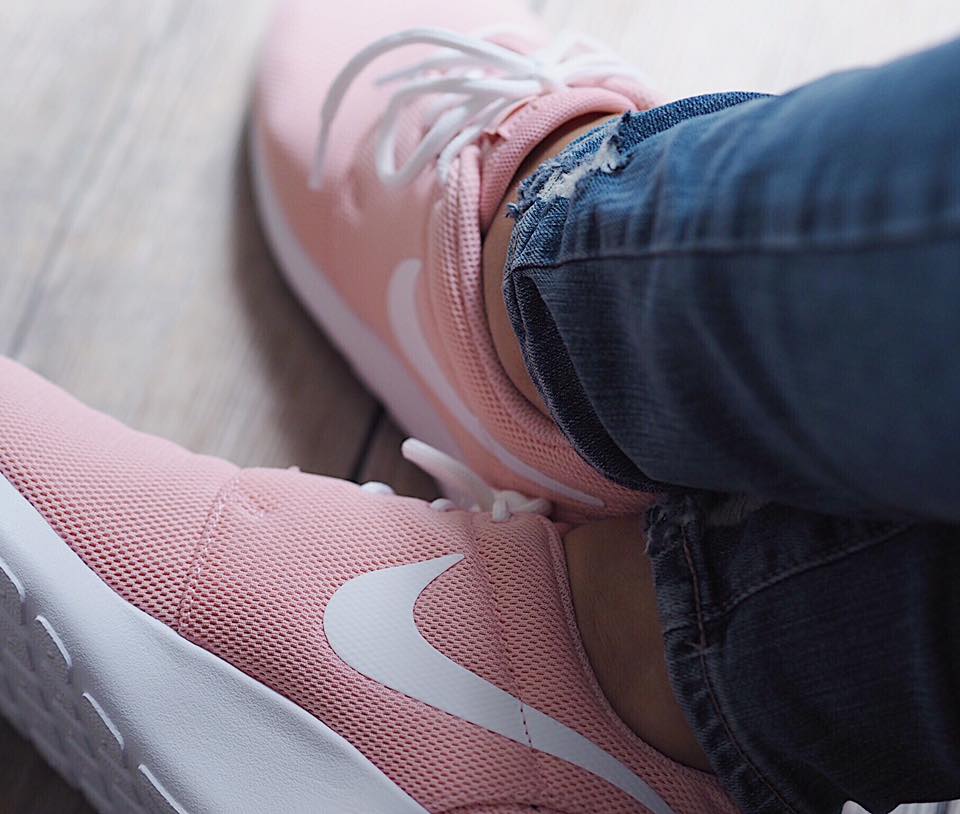 There’s something about the colour pink, it’s always been a favourite of mine. So when I randomly came across a pair of Nike Roshe Run trainers in pink I thought it must be a sign. I didn’t think I’d ever love a pair of trainers, but I do. Just look at them! So cute, lightweight and light in colour, perfect for spring/summer. 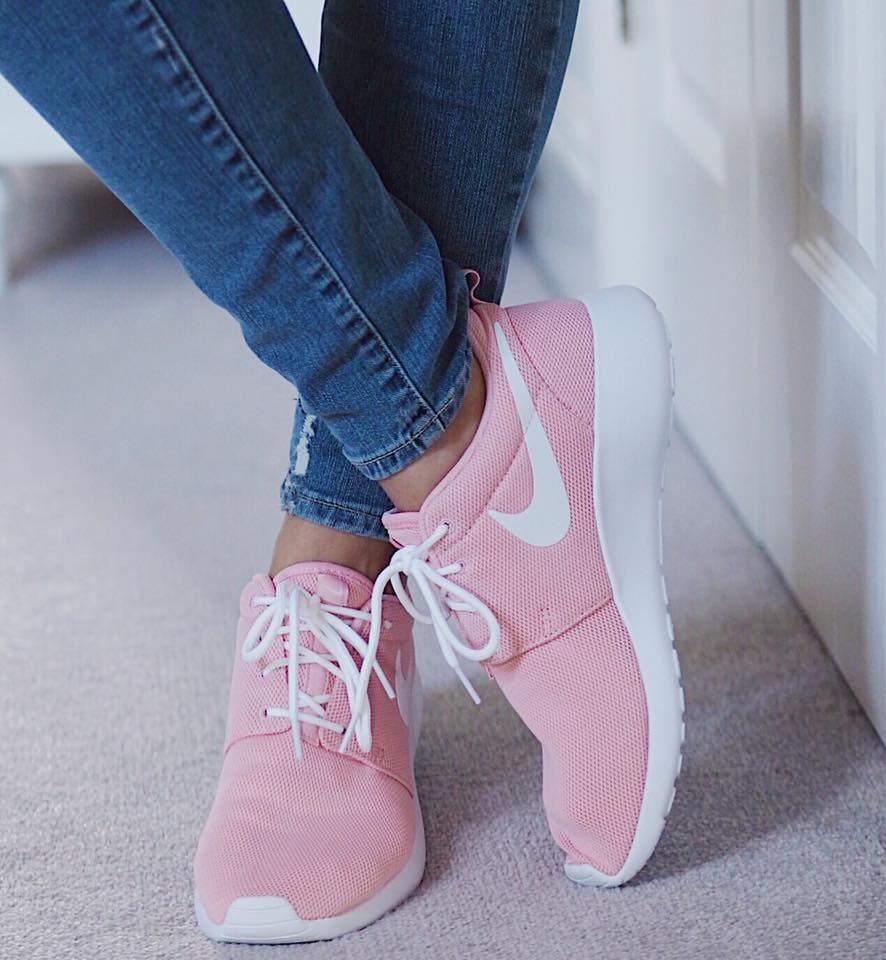 So, now I am a self confessed trainer-hater turned trainer wearer!
I just need to actually do that exercise that I originally purchased them for..
Featured products:
Trainers – NIKE Roshe Run
Jeans – Paige Denim
Imagery taken on the Olympus Pen E-PL8